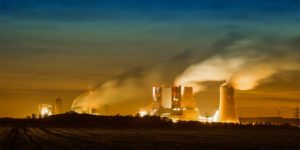 The Arms Control Association’s new report Empowering Congress on Nuclear Security: Blueprints for a New Generation presents a stunning paradox: despite an increase in the use of nuclear and radioactive material around the world, nuclear security has fallen from the U.S. national conversation. Traditionally, nuclear security has been a bipartisan issue on Capitol Hill, where congressional leadership has worked tirelessly to support oversight of foreign nuclear programs and international cooperation aimed at nonproliferation. However, the report states that recently, “leadership is largely ceded to the executive branch where competing interests increasingly sideline this critical issue.”

The HSDL offers many additional resources related to nuclear policy in our special featured topic Nuclear Weapons, and in our series Defense Nuclear Facilities Safety Board Annual Report to Congress. Please note: HSDL login is required to view some of these resources.