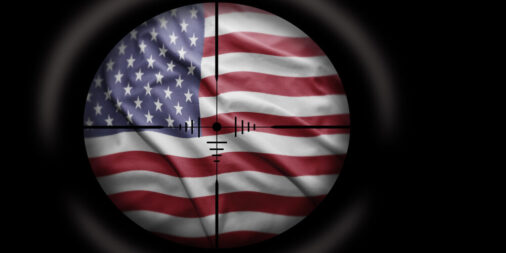 The Soufan Center has released Quantifying the Q Conspiracy: ‘A Data-Driven Approach to Understanding the Threat Posed by QAnon,’ a special report demonstrating QAnon’s potential to threaten national security and  encourage domestic violence. At the core of this organization is the belief that  “the ‘Deep State,’ led by a cabal of elitist pedophiles, is leading the United States,” encouraging many to consider violent action such as the January 6, 2021 insurrection at the Capitol.  QAnon, like other extremist organizations, utilizes already existing conflict and societal instability to further its agenda and recruit more members. The use of social media has made this process even easier, allowing QAnon conspirators to spread their ideology further and faster by using tactics such as co-opting hashtags to ensure mainstream audiences are exposed to their rhetoric. According to the report, these tactics have worked well enough to even influence almost 100 Congressional candidates.

This is especially troubling when considering that “66.7% of QAnon adherents moved from radicalization to mobilizing for an ideologically motivated crime within less than a year.” Foreign entities are capitalizing on the growing threat by spreading disinformation that supports the QAnon narrative and encourages more social unrest. To further exacerbate the issue, the COVID-19 (coronavirus disease 2019) pandemic has led to increased social media usage as traditional means of socializing have become more limited. This shift allows for QAnon conspiracies to reach an even larger audience.

The HSDL offers many additional resources related to the issue of Hate Crimes. as well as more resources on Domestic (U.S.) Terrorism, Disinformation, and Global Terrorism. Visit the Featured Topics for more on information. Please note that an HSDL login is required to view some of these resources.