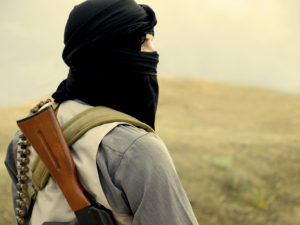 The Department of State has released Country Reports on Terrorism 2017, an annual report on terrorism activity in countries around the world. This report is accompanied by the Annex of Statistical Information: Country Reports on Terrorism 2017, prepared by the National Consortium for the Study of Terrorism and Responses to Terrorism [START] at the University of Maryland. Together, these two resources provide a comprehensive view of terrorist activity in 2017.

Nathan A. Sales, Ambassador-at-Large and Coordinator for Counterterrorism, stated via teleconference,

“Country Reports on Terrorism is an important document laying out the United States Government’s assessment of recent counterterrorism trends and highlighting some of the efforts that we and our partners have taken to combat groups like ISIS [Islamic State of Iraq and Syria], al-Qaida, Iran-backed threats, and other terrorist groups of global reach.”

Key trends identified in the report include:

The United States remains committed collaborating with allies around the world to confront the threat of terrorism. Information-sharing, improving aviation security, enhancing law enforcement and rule of law are proven strategies that have been found to reduce terrorist radicalization and recruitment.

The HSDL offers many resources related to terrorism and counterterrorism in the following featured topics: Fusion Centers, Lone Wolf Terrorism, Global Terrorism, and Domestic (U.S.) Terrorism. Please note: HSDL login is required to view some of these resources.