Democracy Facing the Challenge of Disinformation 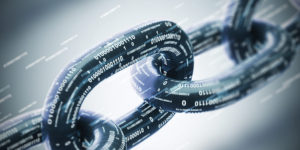 A new report from Freedom House—Freedom on the Net 2018: The Rise of Digital Authoritarianism—raises concerns that excessive fake news is resulting in a general trend toward decreased internet freedom. Disinformation and propaganda has the potential to incite violence and undermine democracy, but it is frequently used purposefully to compel nations to adopt restrictive internet policies.

With or without malign intent, the internet and social media in particular can push citizens into polarized echo chambers and pull at the social fabric of a country, fueling hostility between different communities.

Freedom on the Net is an annual review of internet freedom in 65 countries identifying trends in information and communication technology that impact democracy. This report evaluates the time period from June 2017 to May 2018. The majority of countries evaluated showed declines in internet freedom—often correlated with elections in those countries. Nineteen countries showed improvements in their internet freedom scores.

China continues to advance a model of excessive internet control implementing broad cybersecurity legislation in 2018 that increased surveillance and banned content. The U.S. and Australia have prohibited the use of certain Chinese products and services as a security measure to prevent inadvertent surveillance by Chinese intelligence agencies.

As more of the world’s critical telecommunications infrastructure is built by China, global data may become more accessible to Chinese intelligence agencies through both legal and extralegal methods.

Protecting internet freedom while safeguarding national security will require innovative solutions and collaboration between states, technology companies, and civil society. Freedom on the Net provides policy and corporate recommendations for protecting the digital commons while preserving the human right to freedom of access and information.

More resources and reports on disinformation, fake news,  and cybersecurity can be found at the Homeland Security Digital Library (HSDL).