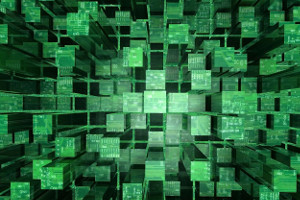 CNAS [Center for a New American Society] recently released a report titled “#Virtual Caliphate: Defeating ISIL on a Physical Battlefield Is Not Enough.”

The report details the possibility that ISIL [Islamic State of Iraq and the Levant] will maintain its operational base in the virtual world, even if it loses its physical strongholds in Iraq and Syria. From the report: “Decades of border disputes, violent conflict, and shifting refugee populations have left millions of Muslims without a clear national identity. ISIL’s virtual caliphate offers them citizenship free from terrestrial constraints, which can be accessed from anywhere in the world. Disaffected Muslims seeking community and purpose can find these in ISIL’s caliphate. ISIL’s alluring and dynamic caliphate narrative is steeped in religion and history and promises the restoration of dignity and might. Members need not commit violent acts or immigrate to a distant land to join the caliphate; they need only to favor the idea of an Islamic state governed by sharia and click “like” to express their support and membership in the virtual caliphate.”

Along with a number of predictions and recommendations, the report also urges the need to differentiate between “the religion of Islam and the extremists who misrepresent and distort the faith. Denigrating Muslims only strengthens the extremists’ narrative that underpins their false caliphate. This is a generational fight that requires us to work across our society and with our international partners to reaffirm the values of human rights, tolerance, and liberty to effect a lasting defeat of ISIL’s ‘virtual caliphate.'”