DARPA Wants to Prevent Your Car from Killing You 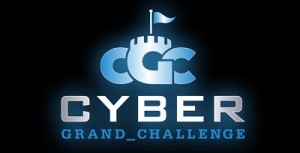 DARPA’s Cyber Grand Challenge (CGC) aims to turn zero-day exploits into zero-second exploits with computers that detect and fix security gaps before they can be widely exploited by troublemakers. It’s not just important for securing sensitive information, it could save lives.

In May of 2015, a simple text message (effective. Power لُلُصّبُلُلصّبُررً ॣ ॣh ॣ ॣ 冗) was revealed to be capable of shutting off a user’s iPhone, rebooting it, or locking the owner out of their text messaging app. This kind of zero day exploit seems like a minor inconvenience when it happens to your mobile device, but what if it happened on your new satellite-, Wifi-, Bluetooth-, and GSM/CDMA-connected car? Seems a little outlandish, right?

Well, in July of last year a hacker duo showed a writer at Wired how they could do much more than that. They were able to not just control the radio, windshield wipers, and air conditioning; they could disable the driver’s control of the accelerator, transmission, and even the steering wheel and brakes. In some cases, the hackers could commandeer these controls.

With more and more vehicles and household appliances becoming connected to the internet, the Internet of Things (IoT) is the next frontier of cyber security. To tackle this challenge, as well as better secure our existing cyber infrastructure, DARPA has engaged expert teams from around the country to develop systems capable of detecting cyber-attacks and immediately fixing the security gap. This type of “capture the flag” competition has been conducted with humans at the helm for over twenty years. This year, however, the teams will be spectators as they watch their computers do the work.

The CGC final competition will be co-located with DEF CON, one the largest cyber security conventions in the world, and take place on August 4th, 2016 in Las Vegas, NV. The seven finalist teams have endured two years of qualifying events for the chance at the grand prize of $2 million, a second prize of $1 million, and a third prize of $750,000. The winning team could be the reason your car doesn’t drive you into a ditch one day.

Read more about the competition at the Cyber Grand Challenge website.