Crossing the (AI) Border: The Use of Bots in Canada’s Immigration System 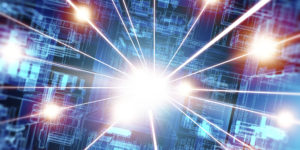 What’s the human risk of using non-human decision making for a nationwide immigration and refugee system? That’s the question that the International Human Rights Program (IHRP) is asking. The IHRP and the Citizen Lab, both entities at the University of Toronto, recently collaborated to publish “Bots at the Gate: A Human Rights Analysis of Automated Decision-Making in Canada’s Immigration and Refugee System“. Since 2014, Canada has been experimenting with the use of “predictive analytics to automate certain activities currently conducted by immigration officials and to support the evaluation of some immigrant and visitor applications.” This year, Canada reportedly has been sourcing the private sector for an “Artificial Intelligence Solution in immigration decision-making and assessments, including in Humanitarian and Compassionate applications and Pre-Removal Risk Assessments.”

For the authors of this report, the implementation of this automation creates a significant risk to human rights and international law. From privacy to equality, discrimination, freedom of expression and movement, and personal security, the potential resulting decisions from an automated system could disrupt and infringe on basic principles once assumed as available to all. IHRP and Citizen Lab are also very concerned about the disproportionate risk to refugees. These individuals, whose complex circumstances against a violence-torn international backdrop, arguably require more than an automated evaluation. At the very least, the argument is based on procedural fairness and a standard of review. At most, and especially for refugees, it could mean life or death.

Based on the interdisciplinary critical analysis of the report, seven specific recommendations are made for the government of Canada. Below, as excerpted from the report:

If you’d like to learn more about artificial intelligence, human rights, and international law, ask one of our librarians for assistance!