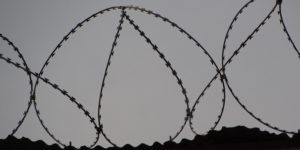 In response to a growing concern over the United States mass incarceration rates, the Brennan Center for Justice released a compilation of essays from the country’s most prominent public figures offering innovative solutions to the criminal justice system.  The resulting collaboration includes twenty proposals to reduce the US prison population and to improve the severely overwhelmed, if not failing, system.

At the moment, the United States ranks the highest in incarceration rates among other industrialized countries. Despite consistently low crime and murder rates across the country, the number of people with criminal records is still exceedingly high. Meanwhile, the current system of over-incarceration disproportionately affects people of color, whereby African Americans are “more likely to be stopped by police, arrested, detained before trial, and given harsher sentences than whites.” As a result, many vulnerable communities remain in poverty as some of their returning members lack opportunities for reintegration and further job search.

As a means of providing a nonpartisan platform for sharing ideas on how to improve the current justice system, this collection of essays outlines some key policy recommendations to address this task. The proposals include new federal laws that prohibit racial profiling by law enforcement, as well as efforts in increasing the federal minimum wage, reducing stigma of prior incarceration, proving fair housing, and shrinking the existing prison populations. Many other suggestions, including abolishing for-profit prisons, providing addiction treatments, and holding prosecutors accountable demand equal consideration. Aside from providing ideas for long-term solutions, the authors from both side of the aisle emphasize the limitations and inefficiencies of the current system.

The HSDL offers many additional resources related to Mass Incarceration and the United States Criminal Justice System. Please note: HSDL login is required to view some of these resources.