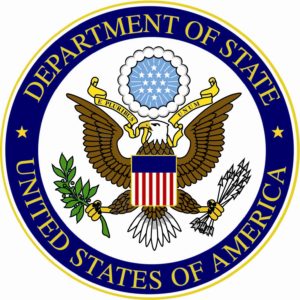 The State Department’s Bureau of Counterterrorism and Countering Violent Extremism released “Country Reports on Terrorism 2015” earlier this month.  According to the report, total terrorist attacks and overall deaths due to terrorist attacks decreased for the first time since 2012.  Organized by geographic region and specific terrorist group, the Report also noted several important trends.

The Islamic State in Iraq and the Levant (ISIL) remained the most imminent global terrorist threat in 2015.  Although ISIL’s territory was substantially reduced by coalition airstrikes and international efforts to curb their finances, the group nevertheless carried out numerous mass casualty attacks abroad as well as within Iraq and Syria. With an increasing number of ISIL branches (such as ISIL Khorasan in Afghanistan and Pakistan, founded in January 2015) and affiliates (such as Boko Haram, the Nigerian terrorist group that pledged allegiance to ISIL in March 2015), the group’s global footprint expanded significantly over the past year.

ISIL’s virtual reach through social media contributed to that expansion, attracting thousands of foreign fighters and inspiring attacks in Europe and the US.  Some 45 countries enacted legislation to “more effectively identify and prosecute foreign terrorist fighters” in 2015 in an attempt to stem the flow of manpower to ISIL’s ranks.

Iran received special mention for its support of terrorist groups like Hezbollah and was identified by the report as the “foremost state sponsor of terrorism in 2015”.  Sudan and Syria also appear on the list of State Sponsors of Terrorism, but for the first time since 1982, Cuba does not.  As part of sweeping changes to US-Cuba relations championed by the Obama administration, Cuba was removed from the State Sponsors of Terrorism list in 2015.

As companions to the Country Reports on Terrorism 2015, the State Department also released an “Annex of Statistical Information“, compiled by the National Consortium for the Study of Terrorism and Responses to Terrorism (START), and “Terrorism Deaths, Injuries, and Kidnappings of Private U.S. Citizens Overseas in 2015“, compiled by the Bureau of Consular Affairs.  Most notably, START found that “total deaths due to terrorist attacks decreased by 14%, compared to 2014” and “the total number of terrorist attacks in 2015 decreased by 13%.”  The Bureau of Consular Affairs reported a total of 19 deaths and 22 injuries of private U.S. citizens overseas due to terrorist attacks.