Counterspace Weapons and Top Space Threats to the United States 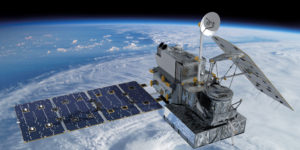 The authors caution that the nation’s satellites are under attack from more than just space debris; intentional threats known as counterspace weapons also threaten our digital grid, and according to Representative Jim Cooper (D-TN), “the United States is not the leader in anti-satellite technology.” This assessment looks at the four categories of counterspace weapons– kinetic physical, non-kinetic physical, electronic, and cyber–in conjunction with the four countries that pose the greatest threat to United States airspace: China, Russia, Iran, and North Korea.

China, Russia, and Iran already have space organizations that are actively developing and testing counterspace weapons in all four categories. Little is known about the North Korean space organization or counterspace capabilities, but “evidence suggests that North Korea may be developing the capability to deploy a nuclear EMP” and has also “exercised its cyber forces frequently, launching attacks on South Korea, the United States, and others. In one of the most widely reported incidents, North Korea launched a cyberattack against Sony Pictures Entertainment in November 2014.” Along with the European Space Agency, Pakistan, Ukraine, Libya, Israel, Japan, India, and Egypt are all heavily investing in space research and counterspace weaponry.

The authors conclude that it is vitally important that the United States government recognizes counterspace threats, moves to protect existing satellites, and establishes a plan to invest in space strategy in the event of an ASAT or counterspace attack.

Please Note: An HSDL account may be required to view some resources.