The U.S. Department of the Treasury released its National Strategy for Combating Terrorist and Other Illicit Financing (Illicit Finance Strategy) describing current government strategies to combat illicit financing of terrorist organizations both domestically and internationally. 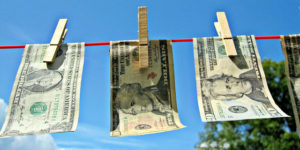 Transnational criminal organizations, terrorists, and weapons proliferation are the primary drivers of illicit financing activities, according to Illicit Finance Strategy report. Money laundering, misuse of the U.S. financial system, and abuse of virtual currencies facilitate the movement of money to terrorist organizations from activities such as fraud, drug trafficking, corruption, and human trafficking.

More resources and reports can be found at the Homeland Security Digital Library (HSDL).