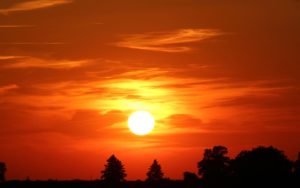 The White House recently released an “optimistic” strategy for long-term climate action. The plan, “United States Mid-Century Strategy for Deep Decarbonization,”  seeks to reduce the nation’s greenhouse gas emissions by at least 80 percent below 2005 levels by 2050. Brian Deese, the senior adviser to President Obama, defined the proposal as ‘long-term vision” and not a “policy prescription” or a “blueprint for any future administration.”

The report outlines three categories of action allowing the U.S. to “deeply decarbonize” the economy by 2050. First, the U.S. can transition to a low carbon energy system by cutting energy waste and deploying clean electricity. Second, we could extract carbon dioxide out of the air through natural methods such as reforestation and CO2 removal technologies. Finally, the U.S. could reduce non CO2 emissions such as methane and potent pollutants from fossil fuel production, agriculture, waste, and refrigerants. These steps are supported by decades of research and analysis by the U.S. Government and highlighted throughout the document.

Although the steps outlined would bring the world closer to averting the worst impacts of climate change, realization is highly uncertain. The steps would require economic changes supported by public and private sector cooperation, massive mobilization of U.S. finances, and technological innovation. Achieving these changes in today’s political uncertainty would be complicated. However, stranger things have happened.

For more information on the effects and solutions pertaining to a changing climate, visit the Homeland Security Digital Library’s Climate Change Featured Topic. (Some materials may require and HSDL login.)