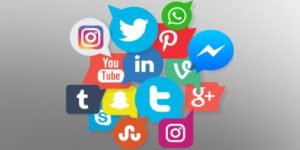 The Australian Strategic Policy Institute has released a new report analyzing the Chinese Government’s social media campaign against the recent Hong Kong protests.  Titled Tweeting Through the Great Firewall: Preliminary Analysis of PRC-linked Information Operations on the Hong Kong Protests, the study analyzes roughly 3.6 million tweets from over 900 accounts identified by Twitter as being linked to the Chinese disinformation operations. According to the report:

It appears likely that these information operations were intended to influence the opinions of
overseas Chinese diasporas, perhaps in an attempt to undermine critical coverage in Western
media of issues of interest to the Chinese government. This is supported by a notice released by
China News Service, a Chinese-language media company owned by the United Front Work
Department that targets the Chinese diaspora, requesting tenders to expand its Twitter reach.

Despite the fact that many of these accounts were created years ago, the evidence laid out in the report allows the researchers to conclude that the Hong Kong disinformation campaign was not sophisticated or well planned, but instead “relatively small and hastily assembled” in response to the enormity of the protests.

More resources on Disinformation Campaigns can be found at the Homeland Security Digital Library (HSDL).