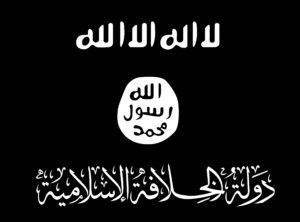 During its rise to power, the Islamic State in Iraq and Syria (ISIS) excelled at fundraising. The ability to control vast territories and generate revenue flows from diverse sources allowed it to become the most well funded terrorist organization in history. Even with recent significant losses in territory, including an ongoing siege around Aleppo and pending confrontation near Mosul, ISIS has gained a global footprint into dozens of countries and territories. Although ISIS’ ideology of hate seems to drive the movement, the cash flow is the gas.

In order to “choke off” ISIS’ resources, the House Homeland Security Committee released a report detailing efforts and strategies to eliminate sources of financing. The report, titled Cash to Chaos: Dismantling ISIS’ Financial Infrastructure, is based on extensive research and examines a variety of ISIS fundraising methods. Labeled as pillars in the report, these methods are:

The report dives into each pillar giving a historical look at the beginning, peak, and current use of these techniques in the continual efforts of expanding the caliphate. The publication then offers several key findings and recommendations for combating these sources of funding:

This topic is nothing new to the Homeland Security Digital Library (HSDL). From the beginning of ISIS’ rise, HSDL has gathered numerous publications on the funding principles of this terrorist organization. A quick look into our Domestic Terrorism: Jihadist/Islamist Featured Topic reveals numerous reports on ISIS’ strategies. We also provide many private sector publications including a recent counterterrorism lecture from the Washington Institute for Near East Studies titled, Evolution of Terrorism Financing: Disrupting the Islamic State. These examples, along with many congressional reports and hearings can easily be found at HSDL. (some resources may require HSDL login)