By the Way, Are We Bio-Vulnerable? 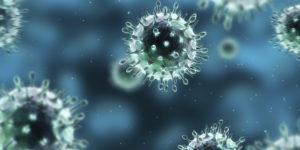 As synthetic biology and biotechnology continue to rapidly advance and evolve, what is the state of our biosecurity and biodefense? At the behest of the Department of Defense (DOD), the National Academies of Sciences, Engineering, and Medicine has produced a report which provides a good picture of the current bio-landscape. In “Biodefense in the Age of Synthetic Biology“, the National Academies investigative committee analyzes how current and future biological technologies risk manipulation or misuse for malicious ends.

On the whole, synthetic biology research centers around developments for the greater good, such as mitigating disease and increasing agricultural production. Michael Imperiale, chair of the committee, assures that “in and of itself, synthetic biology is not harmful. The level of concern depends on the specific applications or capabilities that it may enable.” The report discusses several areas of concern, such as recreating known viruses in a lab, or modifying existing viruses and bacteria to make them more perilous. NPR also covered the release of the report, noting that Michael Imperiale used the recent and very real, lab-based production of horsepox, a virus related to smallpox, as an example of risk associated with the capabilities of synthetic biology.

The threat of bioterrorism lies at the heart of the malevolent possibilities of synthetic biology, as the report admits that “the amount of infectious material needed as a seed-stock for a weapon is minute, as it is possible to grow a few bacterial cells into quantities capable of effecting a large-scale attack”. The committee strongly recommends that the DOD stay vigilant and implement a usable framework to prepare for, and anticipate, the evolving capacity and potential dangers of synthetic biology, as this field expands the realm of “what is possible”.