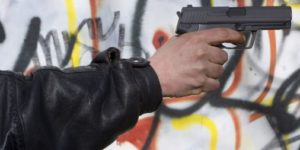 In a new report from the Brennan Center for Justice, the current state of federal law enforcement’s response to far-right violence is examined. From the Center’s perspective, the labeling of violence as a hate crime or violent crime, even though such an incident may perfectly fit the statutory definition of domestic terrorism, is creating dire and deadly consequences for members of victimized American communities.

The press release for “Fighting Far-Right Violence and Hate Crimes: Resetting Federal Law Enforcement Priorities” discusses the gray area in which these crimes are being lost. While countering terrorism ranks as the FBI’s top priority, hate crimes and violent crimes rank fifth and sixth, respectively. Limited resources, and limited attention, to the violent crimes are feeding into to a vile cycle in which these incidents (which occur at a disproportionate rate in minority communities) are passed off to ill-equipped state and local law enforcement, remain 50% unsolved, and contribute to a severe under reporting of future instances due to the fragile relationships between law enforcement and members of the community.

The legal framework already exists to do more to break the cycle. According to the Brennan Center, Congress has already passed 52 federal crimes of terrorism statues which apply solely to domestic attacks, in addition to five hate crimes statutes that often do apply to the violence carried out by far-right militants. The Center argues that the “Justice Department doesn’t need new laws, it needs new policies.” As such, there are three major steps that can aid in protecting America’s vulnerable communities:

The HSDL offers many additional resources related to Domestic Terrorism. Please note that an HSDL login is required to view some of these resources.