Breach of Privilege: Spying on Lawyers in the United States 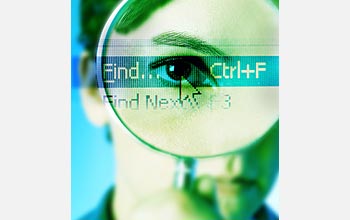 In 2013, Edward Snowden brought to light the extent of government surveillance in the United States, exposing everything from the collection, storage, and analysis of Americans’ private emails, phone calls, and text messages by intelligence agencies nationwide. Outraged, the public called for the protection of their First and Fourth Amendment rights, which protect freedom of speech and prohibit unreasonable searches and seizures. What was less explicit in this exposure, however, was the breach of Americans’ Sixth Amendment rights – those that protect the right to a fair and speedy trial, and especially those that protect individuals’ rights to confront their accuser, obtain witnesses, and retain legal counsel. It is this legal aspect of surveillance that the National Lawyers Guild (NLG) explores in a new report – the effects of government surveillance on the legal community and clients’ legal rights.

Released in April 2014, the NLG report, “Breach of Privilege: Spying on Lawyers in the United States,” provides an analysis of the history of government surveillance of the legal community, a practice the author asserts has been going on since the early 1940s. According to the report (and accompanying press release), government surveillance is a problem because it creates “a chilling effect on lawyering, dissuades attorneys from taking on political clients, compromises their ability to represent people, erodes public confidence in the privacy of communications with attorneys, and requires precautions to ensure that communications between attorneys and clients are secure.”

The report maintains that the NLG “has been on the forefront of resistance since 1937” to these breaches by initiating law suits, supporting public education on the negative effects of mass surveillance, and promoting advocacy to end bulk collection of information. Learning to employ encryption tools is also an important part of the NLG’s strategy to counter government surveillance.

Ultimately, the NLG calls for “the end of mass surveillance programs and questions the assumption that constant monitoring and collection of personal information…somehow makes us safer.” This investigative report begs the following question: If Americans are not able to count on the US legal system to keep them safe, what can they count on?