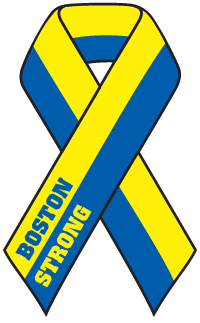 On April 15, 2013, brothers Dzhokhar and Tamerlan Tsarnaev set off two explosives near the finish line of the Boston Marathon. The explosions resulted in three fatalities and over 250 injured. Three days later, the FBI identified the Tsarnaevs as suspects and released their photos to the press. When the brothers were confronted by the police, a firefight ensued resulting in the death of Tamerlan and a local law enforcement officer. Dzhokhar fled and was able to evade capture for over 24 hours before finally being apprehended in Watertown, MA.

As the two year anniversary approaches, Dzhokhar is still on trial. If convicted of all charges, Dzhokhar will likely be sentenced with the death penalty.

The After Action Report for the Response to the 2013 Boston Marathon Bombings was released a few months ago on the Massachusetts Executive Office of Public Safety and Security website. The report is the result of a joint effort from several Massachusetts law enforcement agencies and public safety departments. It is divided into three sections: (1) A detailed timeline of pertinent events. The time line covers from 7AM April 15 (marathon preparations), and ends at noon on April 24 (the memorial service for the fallen law enforcement officer); (2) An “Overview of Incidents” ranging from the day of the marathon to recovery efforts; and (3) “Analysis of Capabilities” which assesses the “Best Practices” and “Areas Needing Improvement” of responders across five focus areas. These focus areas and their analysis are summarized below.

UPDATE: On the morning of April 8, 2015, Dzhokhar Tsarnaev was convicted of all charges.

For more resources on the threats of Domestic Extremism and Domestic Islamism/Jihadism, visit the Homeland Security Digital Library (some resources may require HSDL login).