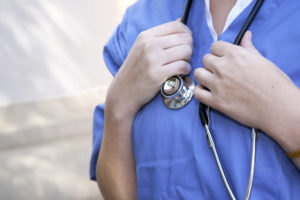 -Between 2012 and 2017, almost $9 million from the above manufacturers was distributed to 14 groups affiliated with chronic pain and other opioid issues.

-Between 2013 and now, physicians affiliated with the advocacy groups and professional societies accepted payments totaling more than $1.6 million from these five manufacturers.

Looking back on data from 2016, more than 40,000 Americans perished from opioid overdoses. With an excess of $10 million traded from manufacturers to affiliated groups and individuals, it is no surprise, then, that this report argues that the current opioid epidemic has been fueled by this financial web.

This second report comes on the heels of report one (read it here), which was published just five months ago. Senator Claire McCaskill requested information from the five manufacturers mentioned above, in order to expose how opioid marketing and sales have played a role in the opioid epidemic. Even though report one focused mainly on Insys Therapeutics Inc. and the activities related to promoting the heavy-handed prescribing of Subsys (fentanyl), the larger agenda of this report series is to unveil how “materials related to manufacturer payments to physicians and manufacturer-created physician presentations, funding of educational materials targeted to opioid-prescribing physicians, and funding for major pain advocacy groups and other groups” has aligned medical culture to the interest of opioid manufacturers.