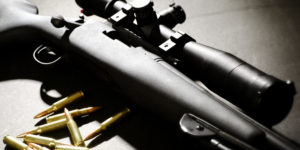 The U.S. House Committee on Homeland Security released the August 2018 edition of its monthly Terror Threat Snapshot. The report provides a detailed overview of the most recent terrorist activities both domestically and abroad. This month’s report highlights information on the persistent terror threat to America, the spread of ISIS’s terror campaign in Europe, as well as the statistics on ISIS-linked plots against the West since 2013.

According to the most recent observations, “cases of homegrown Islamist extremism in the U.S. continue to be an issue of concern.” Specifically, there have been 157 homegrown jihadist cases in the United States since 2013. More details on specific cases across various U.S. states can be found via an interactive version of the Snapshot on the Homeland Security website.

Key points from the August 2018 Terror Threat Snapshot include:

In addition, the report lists recent activities of various terror groups around the world including ISIS, Al Qaeda, Boko Haram, Taliban, and Al-Shabaab.