On January 6, 2021 rioters breached the U.S. Capitol in an attempt to prevent the announcement of the official 2020 presidential election results. The struggle led to the deaths of seven individuals, about 140 law enforcement injuries, and massive property damage. To better understand how this attack unfolded, the United States Senate Committee on Homeland Security and Governmental Affairs, alongside the Senate Committee on Rules and Administration, has released Examining the U.S. Capitol Attack: A Review of the Security, Planning, and Response Failures on January 6. 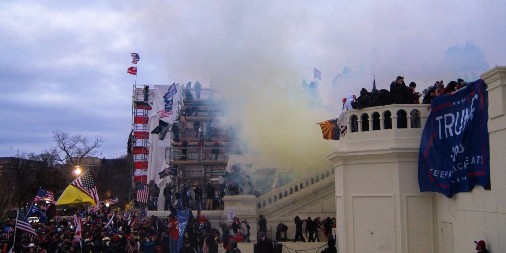 According to the report, several issues enabled this riot to be as detrimental as it was. The first of which was a failure to prepare for the riot at all. Both the FBI and DHS failed to release “formal intelligence bulletins about the potential for violence at the Capitol on January 6, which hindered law enforcement’s preparations for the Joint Session of Congress.” In addition to this, the U.S. Capitol Police (USCP) did not have enough adequately trained  officers, denied assistance in advance from the D.C. National Guard (DCNG), were not provided usable and accessible “‘hard’ protective equipment,” and did not have a reliable chain of communication set up prior to the attack. The Capitol Police Board, along with the Department of Defense and the DCNG, faced administrative issues in authorizing and deploying National Guard to assist the USCP in a timely manner. Recommendations from the report mainly aim at solidifying preparations for emergency situations at the Capitol, such as developing better communication within and between various departments and employees, ensuring proper training and equipment are provided in advance, and evaluating how threats of violence are handled from an intelligence standpoint. A press release further details Senate reactions to the riot and calls for improvements to security procedures at the Capitol.

For more information on topics related to this piece, check out the HSDL series on the Capitol Riot, as well as articles related to Violent Extremism, National Security, and QAnon. Additional information may be found by visiting the HSDL Featured Topics on Domestic (U.S.) Terrorism.