Are Drones the Future of Terror? 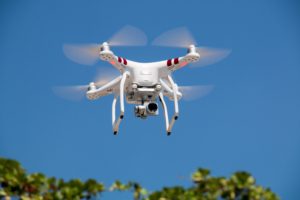 The Combating Terrorism Center at West Point has released a new report, The Islamic State and Drones: Supply, Scale, and Future Threats, which details the drone threat currently presented by the Islamic State.  The Islamic State’s first drone fatality occurred in October 2016, when two Kurdish Peshmerga soldiers investigated a drone that contained a hidden explosive. Since then, the group has acquired and utilized bomb-drop capable drones, going so far as to release propaganda videos depicting the release of munitions on enemies. Despite this, the technological innovation involved in creating weapon-bearing drones out of commercially available drones has received little analytical attention prior to this report.

This comprehensive report dives into the creation and modification of the Islamic State’s drone program, as well as the global supply chain that involved purchases from at least 16 different companies in seven different states. Because the drones are commercially viable, the Islamic State modified them with a centralized approach to manufacturing that brought the group’s drone program up to scale.

Though The Islamic State and Drones: Supply, Scale, and Future Threats is a great contribution to the analysis of emerging threats, the nature of the evolving threat of terrorist groups such as the Islamic State will require further research and investigation.

The HSDL offers many additional resources related to the drone warfare in our special topics Gobal Terrorism, and Unmanned Systems. Please note: HSDL login is required to view some of these resources.