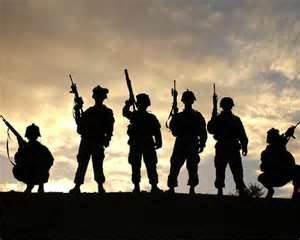 In a world free from nuclear weapons, how would the military powers of the world stack up? This is a question that the Global Firepower (GFP) database seeks to answer. The GFP database provides “a unique analytical display” of data concerning over 100 of the world’s top military powers, allowing users to compare relative conventional military strengths. It does not, however, take into account nuclear capability as GFP feels it “would defeat the purpose of such comparisons.”

This April, GFP adapted its data to create a relative power ranking of its own: “Countries Ranked by Military Strength (2014).” This list of 106 countries “makes use of over 50 factors to determine each nation’s Power Index (‘PwrIndx’) score. This provides the final ranking and allows smaller, technologically-advanced, nations to compete with larger, lesser-developed ones.” Certain bonuses and penalties are also applied to the final ranking, such as low oil consumption vs. high oil consumption.

The top ten countries on GFP’s list of strongest conventional militaries are the following:

A full list of military strengths, along with links to the specific strengths of individual countries, can be found on the GFP rankings’ webpage.

Ultimately, GFP hopes that its list “presents an unbiased outlook on the potential military strength of a given country if only to stir some healthy debate.”