A Different Kind of Infektion 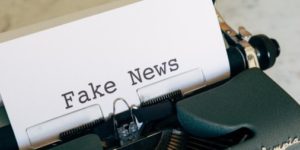 Graphika‘s latest report, Secondary Infektion, is named after a sophisticated Russian disinformation operation that specializes in drumming up discord between Russia and their perceived enemies and critics.

The organization’s negative effects span dozens of countries, in seven different languages, and across more than 300 web-based platforms. While the ramifications are many, the group has a relatively small content focus, which Graphika has condensed into the following themes:

The Graphika team admits that while their investigation has been successful in fleshing out the works of Secondary Infekction and causing them to (seemingly) retreat, identifying the individual(s) behind the organization remains the top priority.

For more information on topics related to this piece, visit the HSDL Featured Topics on Cyber Crime and National Security, Cyber Infrastructure Protection, Cyber Policy, Global Terrorism, and Pandemics and Epidemics. Please note: An HSDL login is required to view some of these resources.