A Consolidated DHS Will Improve Functionality and Generate Savings 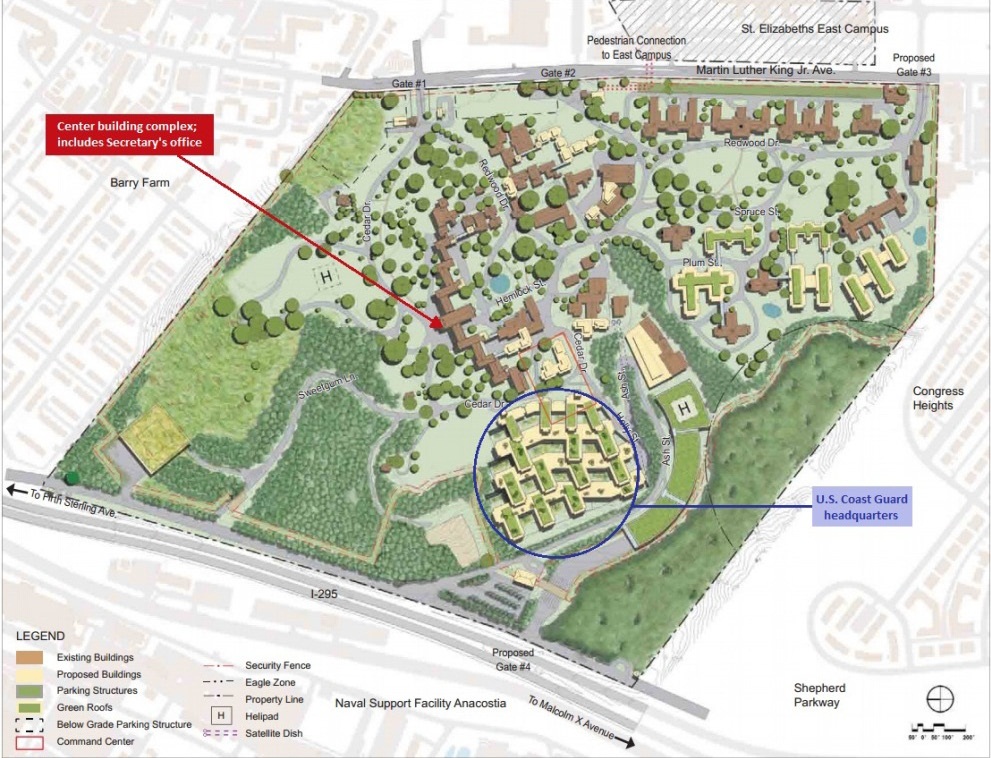 The St. Elizabeths Project is the housing goal of creating a consolidated campus for approximately 14,000 DHS staff at the St. Elizabeths West Campus in Southeast Washington, D.C. Construction began on the site in 2009 and was originally estimated to be completed in 2016. According to the report, “The initial GSA [General Services Administration] and DHS plan […] estimated the cost of construction and occupancy at $3.4 billion.” This cost estimate ensured that the originally goal of a 2016 completion date would be reached. Unfortunately, circumstances such as the sequestration and tightening budgets have cut the funding and significantly delayed the construction, increasing costs. As such, “St. Elizabeths will not be finished until fiscal year 2026,” a full ten years behind schedule.

Utilizing information from interviews with former Secretaries of DHS, this report finds that “Department at St. Elizabeths will improve DHS’s ability to carry out its mission.” In particular, this consolidation would:

Not only would the completion of a DHS campus at St. Elizabeths increase Department ability to carry out its mission, but finishing the consolidation makes good fiscal sense, according to the analysis of the report. “By completing and moving DHS into a consolidated headquarters on a campus already owned by the government, the federal government would save nearly $700 million over 30 years instead of renting equivalent space.” Other costs too, would be cut by completing the construction. Costs such as the maintenance of the St. Elizabeths property, which is already held by the the U.S. government, redundant overhead costs that stem from multiple DHS sites, and new space-saving standards at St. Elizabeths.

Based on the report, the Senate Committee on Homeland Security & Governmental Affairs makes two recommendations:

Please read the full report here: “Security and Savings: The Importance of Consolidating the Department of Homeland Security’s Headquarters at St. Elizabeths.”