75th Anniversary of Pearl Harbor: We Will Always Remember 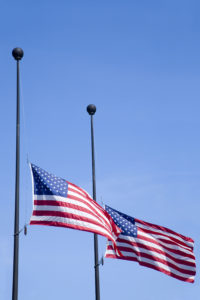 75 years ago today on December 7, 1941, the Empire of Japan launched a surprise attack on the United States of America at Pearl Harbor. Over 2,400 servicemen and women gave their lives to defend their posts. The attack not only had a profound effect on the American people but also led to the American involvement in WWII in both the Pacific and European theaters. As Franklin D. Roosevelt said, today is truly “a date that will live in infamy”. Please take a moment today to remember those who bravely fought and gave their lives in the attack on Pearl Harbor. From all of us here at the Homeland Security Digital Library to those who fought to defend our country during WWII, we thank you. May God bless our military men and women and may God bless the United States of America.