2018 Global City Teams Challenge: A Partnership between NIST and DHS 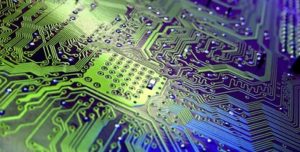 Last week, the Department of Homeland Security (DHS) and the National Institute of Standards and Technology (NIST) announced that they will co-sponsor the 2018 Global City Teams Challenge (GCTC). From using wireless sensors to test for water leaks, or dimming streetlights on empty sidewalks, the GCTC creates a bridge between communities and designers in order to implement networked technologies in city planning, and to ultimately create a “smart city” – an initiative which is estimated to have $1.5 trillion in market potential.

According to the press release from NIST, this year’s GCTC will emphasize cybersecurity in these smart cities, and how resiliency can be enhanced while also protecting privacy. As such, the new phase is titled “Smart and Secure Cities and Communities Challenge” (SC3). Douglas Maughan, director of the DHS Science and Technology Directorate (S&T), Cyber Security Division (CSD) commented that “We also will be encouraging innovators from the cybersecurity industry and research communities—which have had limited connections to the smart city ecosystem in the past—to help teams understand how cybersecurity can be incorporated. Strategically, communities should take time to understand the possible threats and then adjust their particular systems iteratively to deal with them.”

If you’re in the DC/National Capital Region, check out the free Global City Teams Challenge Expo on August 28th and 29th. You can find more information here.