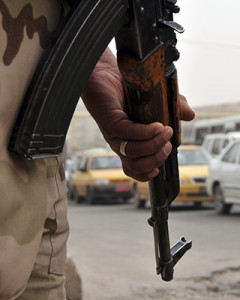 The new Terror Threat Snapshot, a monthly assessment by the Homeland Security Committee, was recently released and “encapsulates” various terror-related threats against the West for 2016. As mentioned in prior snapshots, the terror threat environment worsened in 2016 with Jihadist groups continually directing and inspiring acts of terror worldwide.

Chairman Michael McCaul, head of the Homeland Security Committee, stated “This year terror struck all corners of the globe, and the jihadist rallying cry was heard during attacks even in our own communities. What is clearer than ever is that Islamist terror has been franchised to thousands of followers.” The stats in this month’s analysis back up Chairman McCaul’s statement. Coinciding with these statistics are further highlights from the “Snapshot”:

Chairman McCaul believes that “our New Year’s resolution must be to go on the offensive.” If you agree, then the Domestic Terrorism: Jihadist/Islamist section of the HSDL’s Featured Topics list is a perfect place to start. As new policies are implemented in 2017, being informed on key issues is imperative. (Some resources require HSDL login)